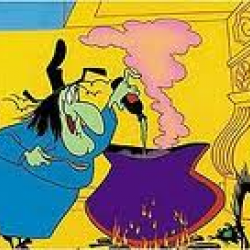 Blood of the Lamb: A Novel of Secrets
Sam Cabot 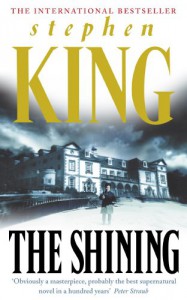 I've read that Stephen King didn't particularly like this adaptation of his novel, so I tried hard NOT to be influenced by it when reading The Shining. And I tried to appreciate the novel on its own merit, i.e., the writing, the structure, the spookiness vs. the actual story...which unfortunately, I already know how it ends, already knew what "redrum" meant. I think something was lost just due to these two facts. So sadly, I failed. I'm disappointed I never read "Shining" before it was ruined for me!

Maybe the story's just TOO popular. What I found different about this novel vs. his others...normally, at least in my estimation, his lead characters are flawed, but likable. We can identify with them to a certain extent. We see them going down the wrong path, but usually still root for them. Didn't see/find much redeemable about Jack.

ALL that said, and nitpicking aside, I still appreciated King's writing. The atmosphere is beautiful (albeit painful) and you truly get a sense of the isolation, the impending doom and danger, the tension is almost unbearable. I found myself highlighting passage after passage, esp. those dealing with Jack's struggles not to drink, not to explode in anger, not to strike out at his family. But the person he turns into is really there all along...have to wonder how much of Jack was based on King himself, at that time in his life at least. Now that's scary.
Tweet